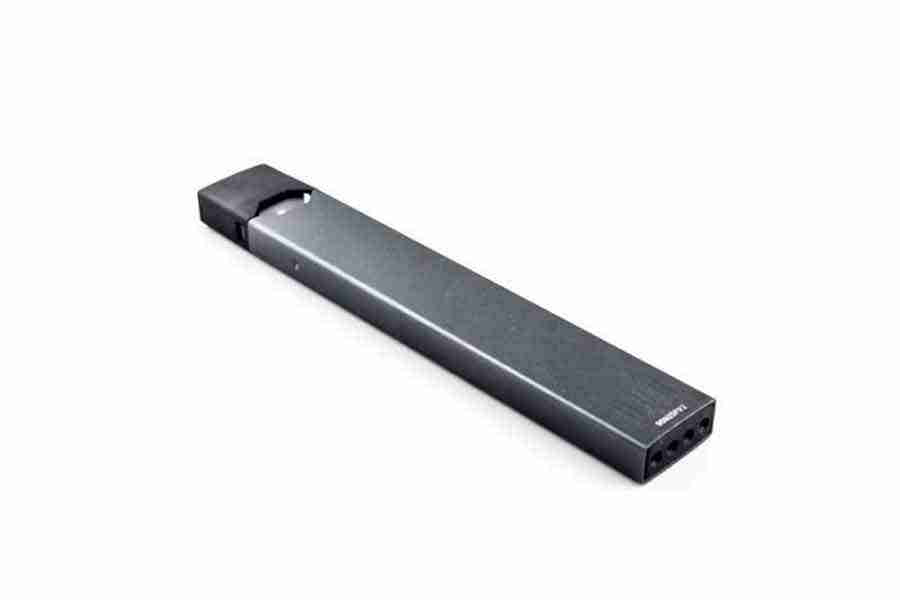 Media reports and school educators have documented a recent trend among youth known as “JUULing.” JUUL is a brand of e–cigarette that looks similar to a flash drive and can be charged in the USB port of a computer. Middle schools and high schools are struggling to cope with a sudden increase in students using these easily concealed vaping devices, and officials at schools across the country, including colleges, say they are concerned these devices are creating a new generation of young people addicted to nicotine. There is widespread use of JUULs in school bathrooms and hallways, and even right in the middle of classes without teachers’ knowledge.

JUULs can be appealing to youth for a variety of reasons. The device easily fits in the palm of a hand and can be vaped without anyone noticing. Pods come in a variety of fruit and candy flavors; the devices can be difficult to distinguish from a real flash drive; and the vapor dissipates quickly instead of hanging in the air like cigarette smoke. There are also companies that produce JUUL “wraps” or “skins” – decals that wrap around the device and allow JUUL users to customize their device with unique colors and patterns.

New research conducted by Truth Initiative, a leading public health anti–smoking organization, reveals that 63 percent of current JUUL users aged 15–24 did not know the product always contains nicotine. In addition, many respondents who recognized JUUL reported that use of the product is called “JULLING,” indicating they may not realize it is an e–cigarette or tobacco product, which leads them to believe it is safer.

Currently, JUUL holds a 54% share of the e–cigarette market. According to their website, JUUL was developed as an alternative to cigarette smoking, and a way for adults to begin the process of quitting nicotine all together. JUUL itself advertises on its website that the device’s nicotine cartridge contains the same amount of nicotine as a pack of cigarettes.

Nicotine containing products such as JUULs can be highly addictive and can affect the developing brains of youth. E–cigarettes are shown to strongly increase the likelihood of smoking cigarettes among young people. In fact, more than four times as many young adults who use e–cigarettes begin smoking tobacco cigarettes, compared to peers who do not vape.

There is no safe form of tobacco,” according to Dr. Karyl Rattay, Director of the Delaware Division of Public Health. “Students are under the impression that “JUULing” is safe and that these products don’t have nicotine, however that is not the case. We believe it is important to educate parents and teachers about this trend, and e–cigarettes in general, and that it is critical that students understand the dangers posed by JUULs and nicotine as well.”

Call for complimentary telephone consultation. Formal appointments will be scheduled if we’re a fit.